Paula Scher famously drafted the citi bank logo on a napkin after she had the first meeting with the client. They wanted to merge city with travelers, travelers carried an umbrella, and she joined the dots.

Freddy Anzures, a member of the original iPhone design team, was flying from San Francisco to New York. He stepped into the airplane bathroom and, as he was closing the door, he joined the dots: ‘slide to unlock’ was the way to start using your phone with one hand while preventing involuntary unlocks.

There’s a ton of literature about how to design, extensive methodology, and even a beautiful website where you can build your own process and then follow it.

But when will you join the dots? It may happen as you hear the problem. It may happen, we were saying yesterday, when you’re almost done, and what do you do then? And it may happen, God forbid, once we’ve run out of money. 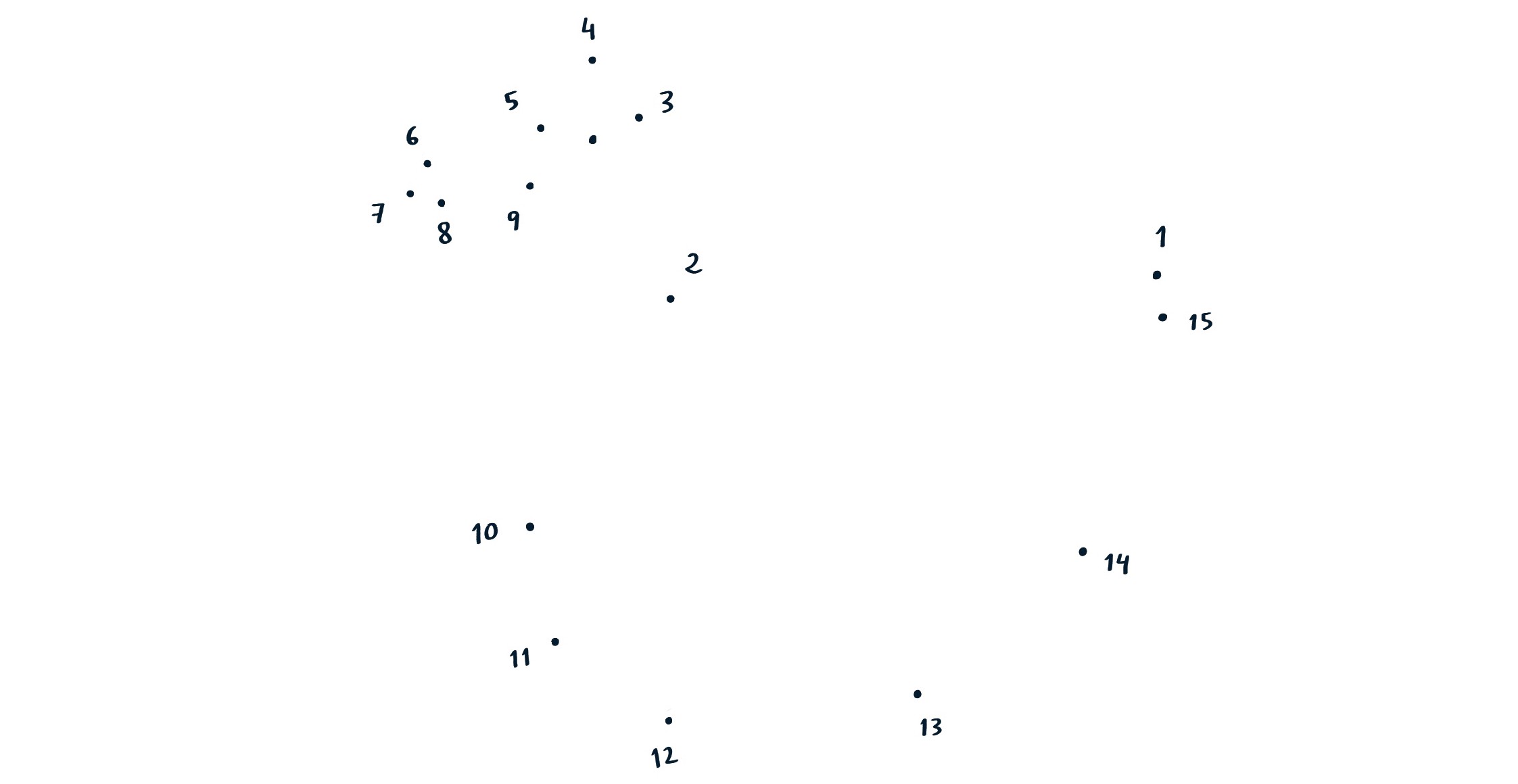 So I don’t have answers for this question, but I have one that’s even better: how can you create the best conditions to join the dots?

I believe you are more likely to see it happen if you work with experienced designers. They are used to making connections—that’s what they do. And I think connections are made through activities that are far from the 9 to 5 office routine: ideas have to travel, it has to rain, the plane has to take off.

A design challenge in our mind is like a planted seed that gets watered by what we experience.